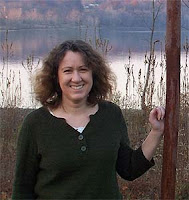 LK Hunsaker holds a psychology degree from University of Maryland

University College and an arts degree from Illinois Central College.
The author of “Finishing Touches” and the “Rehearsal” series,
both revolving around the arts, Hunsaker dabbles in fine art,
piano, and guitar and runs a group assisting writers with their
publishing goals. Several of her short stories and poems have been
published in literary ezines. Widely traveled as a military spouse,
she is now settled in western Pennsylvania with her
husband and two children.

**Welcome, welcome to starr words! And thanks to everyone for stopping by. Don't forget to leave a comment--Check the end of this blog for the great prize for one lucky commenter.

Thanks for having me at your blog! I read one of your posts on someone’s blog the other day where you mentioned how your Keltic books inadvertantly became a family saga. Today, related to that thought, I’m going to make a bit of a confession about my new book that I haven’t yet. In time..

Family is a huge theme in all of my novels, either with direct involvement or with family background that affects a character’s thoughts or actions. Sometimes both. In “Finishing Touches” Jenna marries young to escape her parents who have little to do with her. In the Rehearsal series, Susie loses her mother young and her father, who she adores, travels for work, leaving her with a friend of her parents she can’t connect with. One of the main male characters is nearly smothered by his single mom and the other escapes home to get out of a situation that gets out of hand. All of these characters show the results of their family lives within their current stories. There is also interaction with certain family members within the novels.

Like *lizzie, my original intent was not to build a family saga, but the Rehearsal series is becoming one, as well as focusing strongly on romance and friendship. In fact, it’s becoming such an invasive theme, that not only will one of its characters be the mc of the sequel, but she also jumped into Ryan’s story as I was writing it.

Here’s the confession: Dani, Ryan’s best friend in “Off The Moon,” was pulled from the Rehearsal series. She actually pulled herself in, as I had no intention of doing so while planning the book. As Rehearsal begins in 1974, and this one is a contemporary, Dani grows up not only in the world of music, but also with readers who follow my work. References to bands in “Off The Moon” come from the series. It’s not at all necessary to read the series in order to follow “Off The Moon” but the whole background story is available for Dani and Raucous. I should say it’s currently half available. Two of the series of four are out. The third is my next book-to-come.


Back to Ryan and family, his brother is a prevalent minor character and the loss of their father in Ryan’s teen years makes the brother relationship different than it would have been. Will is six years older and has taken over as a father-figure through the years. Now that Ryan is an adult, they have to readjust. Ryan’s relationship with his mom is also an interesting one. As his personality is very two-sided, so is the way he reacts to his mother, as well as to most of the authority-type women around him.

Kaitlyn’s relationship with her family is even more complicated, but I can’t say much here for fear of giving away the story. ;-)

What do you, as readers, think about family backgrounds in novels? Do you like to see them? Are they interference to the story? I’d be interested in hearing your thoughts.
--------

Buy Link for Off the Moon preorders:
http://www.elucidatepublishing.net/books.html
free US shipping through Nov. 27, discounted outside US

Also, be sure to check my blog for novel-related features. I have an interview with NYC drummer Gino Scalmato up, as well as an interview with singer/songwriter Vicki Blankenship. More to come! http://lkhunsaker.blogspot.com
---------- 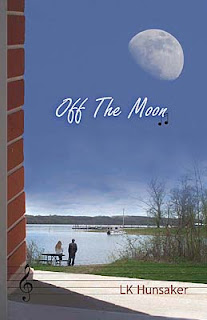 "Riveting" Ryan Reynauld is immersed in a world of music, parties, and temporary companionship. Having risen to the top of the pop charts, his biggest concern is objecting to the way his music is produced. That is, until he finds a young woman standing on a window ledge. Against the advice of family and friends, and through media attacks and fan protests, Ryan determines to care for her himself, making a promise that threatens to destroy his career.


Convincing the skittish girl she can learn to trust again comes with a steep price. Sometimes the path to recovery begins by allowing your world to implode.

Thanks for letting me chat here today, *lizzie!

**You are most welcome. I enjoyed your take on families and sagas!


The full tour itinerary is available at http://www.classicromancerevival.com


Don't forget to leave your comments! One person from each blog will be drawn to receive a signed, mailed copy of the short story LK has written as a bit of a prequel to Off The Moon, called Toward The Sky, plus there will be a signed print book drawing for anyone who comments on at least 8 blogs! Winners will be posted at http://www.classicromancerevival.com/blog/?p=1520
Posted by lizzie starr at 1:55 AM

Email ThisBlogThis!Share to TwitterShare to FacebookShare to Pinterest
Labels: lk Hunsacker, off the moon 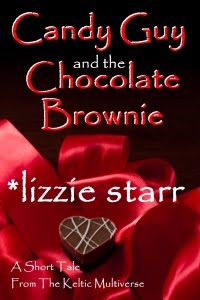 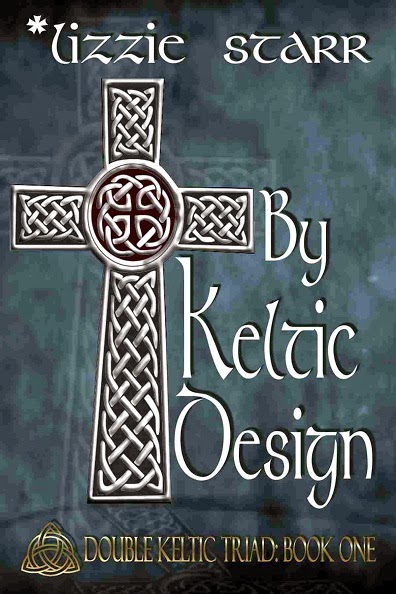 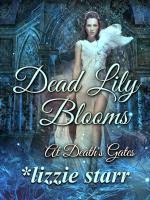 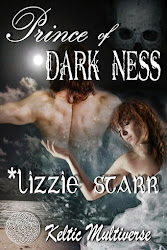